View source
watch 01:36
We're Getting Mutants in the MCU - The Loop
Do you like this video?
Play Sound

Mushroom Gorge is a track from Mario Kart Wii based off of the Mushroom Kingdom. Giant mushrooms serve as a roadway for players (as well as a means or a multitude Tricks) in this course, and a huge mushroom cavern followed by a squad of Goombas await players near the end of the track. It is the 3rd track in the Mushroom Cup. 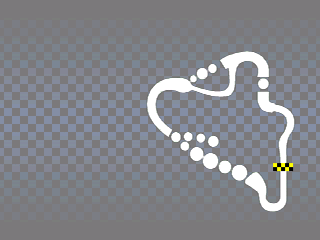 The map begins on a wide dirt road flanked by grass and steep ledges. Its not long before the path turns slightly to the right and then into a left curve. At a "Mushroom" sign, the ground gives way into one of the first abysses, with the track farther up the way. To cross, a wooden, right ninety degree bridge has been built (also lined with the first set of Item Boxes, but it only covers about 1/2 of the drop off. The first of the famous, giant red trampoline mushrooms bounces players to the other side, which opens up to a large, 110 degree turn to the left (they can keep turning another 70 for another option...). From here, another set of giant mushrooms are placed to transport players to the other side. A red bouncy one with hovering Item Boxes over it catapults players on to a firm green mushroom, and following it is one more red mushroom. Far below, especially if they player pulls off a trick, the path returns...

Dimness falls over Mushroom Gorge as players enter a natural cave, with its only source of light being emitted from green and purple crystals. The tunnel slowly but surely caves (get it?) to the left to form a full 180 turn, which also has a single line of Item Boxes. Also, the road has now been widened significantly (with edges of off-road still present), making this area a great field to wage war against opponents with Items like Stars and Green Shells. Finally, a single Boost Pad launches players into the mushroom gorge, a bottomless chasm that can only be crossed by giant trampoline and stable mushrooms. The abyss is also very dim with very few deposits of crystals, but on the other side, sunlight can be perceived. Going slightly to the right, players must bounce across two red shrooms, with a few Item Boxes floating above the first. If the player performed a Trick, they can get a boost on the couple of giant green mushrooms that follow. A short fall leads to one more pair of trampoline mushrooms. The last one bounces players back onto solid ground. However, beginners often fall subject to the gorge, as they can't aim directly at the last mushroom and end up either simply leaping into the hole or barely missing the end of the tunnel by hitting the top of the crest, then falling backwards into darkness.

Once again, racers are out on the sunny track, which turns slightly to the right but ultimately ends up making one last U turn. The last hazard still is to come- a trio of Goombas, making an ordinary Drift around this curve more challenging. Running into one will, of course, spin you out, but squishing one of them with an Item will yield a Mushroom, which players can utilize to boost down the last stretch, a peaceful ending to this rather challenging track.

The official description of Mushroom Gorge states "...The trick here is to figure out the quickest route..." Hinted at before, you can choose to take the full 180 degree turn instead of heading into the row of giant mushrooms. This takes players to a dirt road with an abundance of Item Boxes and Boost Pads... ultimately, it is a fraction longer than the regular route, but safer.

The course also offers a second path to cross the gorge with. Instead of turning right at the entrance to the abyss, turning left opens players up to a line of four trampoline mushrooms, the 1st one boasting Items, followed by solid green mushrooms and a couple more bouncy red ones. This path is very much the same in terms of time... however, its safety level is a bit lower, with some prominent turns in the air necessary.

Near the beginning of the map, right at the first turn, a non-guard railed part, players can use a Mushroom to boost off into seemingly out of bounds; however, two red mushrooms await players that are normally not in site, which, by Tricking, will launch players up onto the wooden bridge, shaving off some nice time. Recommended for Time Trials records.

Also, the last turn of the track has a section of grass, which players can cut through with a boost and therefore save a second.